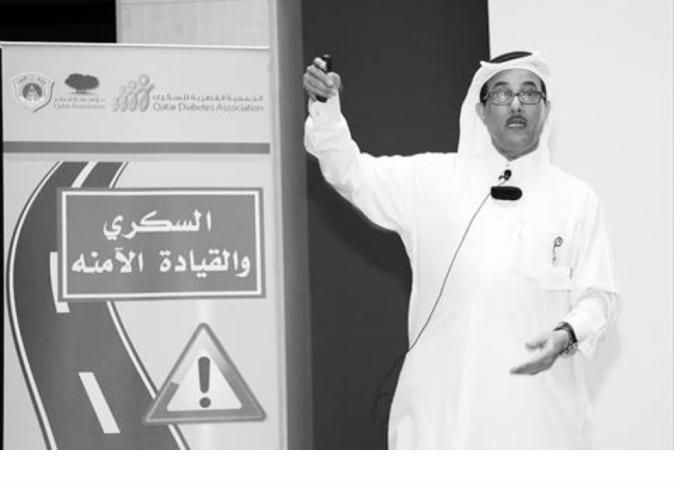 The Traffic Department is studying the possibility of signing a co-operation protocol with Qatar Diabetes Association (QDA) to benefit from the latter’s suggestions about dealing with diabetic drivers.

Major Jabir Mohamed Odeiba, assistant director of Media and Traffic Awareness Department, pointed out that the department would in particular study the suggestion of equipping traffic patrol personnel with blood sugar measuring device. At a lecture organised yesterday by QDA at the Traffic Department headquarters on diabetes and safe driving, Major Odeiba said that such a co-operation protocol may include the training of some of the Traffic Department personnel on how to identify diabetic drivers during road accidents, in addition to introducing awareness brochures on the issue and how to deal with diabetics.

He also pointed out that a QDA vehicle may be of use at traffic campaigns to raise awareness on diabetes and conducting blood sugar tests in case of road accidents. Meanwhile, Dr Abdullah al-Hamaq, QDA executive director, gave a lecture on the risks of driving while having too low or too high blood sugar levels. He also stressed that traffic patrol personnel should have a device to measure the blood sugar of some category of drivers who are suspected of being diabetics, as they may be mistaken for being intoxicated due to the similarity in symptoms.

< Previous Article
Go Back
Next Article >

HOW YOU CAN HELP?

Your message has been submitted successfully.